How To Weatherproof Outdoor Furniture

How to Collect Vintage Art

A Music Barn in Tennessee

How to Transition to Summer Decor

How to Get Shaker Style

A Guide To Raising Goats

A Custom Community in New Hampshire 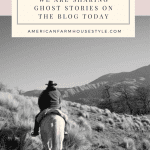 Think of the Wild West and you might recall stories you were told about outlaws and gunslingers. Or maybe you think of nefarious highwaymen and new sheriffs in town ready to save the damsel in distress. Not only do these stories linger, but sometimes the apparitions of the fallen cowboys do as well. Or so local legends say. Discover American ghost stories of the real Wild West with our list of some of the best spooky stories, just in time for Halloween.

The Ghost of Jesse James

Until his death in 1882, the infamous bank and train robber kept the law on its toes. Robbing across the Midwest, Jesse James was certainly a wanted man! Eventually, however, Jesse James was shot by a member of his own gang. Many people refused to believe the infamous outlaw had been outgunned by a newcomer. That is, until locals started to spot the ghost of Jesse James. The ghost was seen wandering the grounds of his family’s farm in Kearney, Missouri.

More than a century later, locals still report eerie voices on the homestead, or sometimes catch strange images on camera. Local legend implies these phenomena are the comings and goings of the ghost of Jesse James, who, after a life on the run, has settled down for a “life” on the farm.

Marshal Fred White of Tombstone, Arizona, brought order to the infamous boomtown known today for its unruly citizenry and shootouts. Fred was a lawman and the first chief of police. He was successful at his job until an accidental gunshot to the groin put a stop to his efforts.

The accident occurred while Fred attempted to disarm a drunken man during a skirmish in Tombstone. Fred’s friend, another famous lawman, Wyatt Earp, witnessed the fray and accidental shooting. The man “Curly Bill” Brocius was later cleared of any wrongdoing. But tensions between Earp and Brocius grew and eventually led to the infamous gunfight at the O.K. Corral in Tombstone a year later. Today, Tombstone is reputedly the hangout for the ghosts of the legendary gunfight, while White helps keep the peace even in death.

Deadwood, South Dakota, came into being during the Gold Rush of the Black Hills. The land was originally granted to the Lakota People. But once gold was found in the Black Hills, everything changed. Miners and gunslingers from all over the country swept into the boomtown.

One of history’s famous lawman Seth Bullock helped settle some of the lawlessness of Deadwood. Bullock was the town’s first sheriff. Eventually Bullock opened a luxurious hotel in Deadwood. After his death, local legends maintain Bullock is still sometimes seen in the hotel. Guests say they see him inspecting hotel rooms and making sure everyone is on their best behavior.

Star of Jurassic Park And His Farm Friends

The Story of the Lost Goldmine

A man believed to be a German immigrant and prospector by the name of Jacob Waltz passed away from exhaustion near Superstition Mountain in Arizona. The story goes that the man died carrying large saddlebags filled with gold. Ever since the story of the lost goldmine began circulating, people have been looking for the so-called Lost Dutchman’s Goldmine.

No one has ever found the mine. What’s more, many versions of the story locate the goldmine in other states, from California to Colorado. And yet, the legend of the lost goldmine maintains its reputation. Legend also has it that many people go looking for the goldmine every year. Some legends even say the spirit of Jacob Waltz himself guards the mine and dispatches anyone attempting to steal his gold.

Want to dress up as someone from the Wild West for Halloween? Check out these Halloween costumes, like the Wild Justice costume and more! And of course, don’t forget to follow us on Instagram, Facebook and Pinterest for your daily dose of farmhouse inspiration!

Get the best of best of farmhouse style in your inbox! 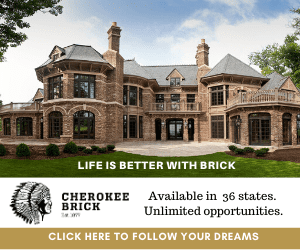 How to be a Savvy Salvage Shopper

Color in the Kitchen: 3 Fool-Proof Tips

5 Christmas Towns in the US

10 Picks for a Rustic Woodland Christmas 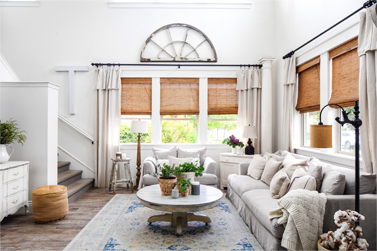 Ready for a Room Refresh?
Get our ideas, 7 step plan
and free printables!
×
Thanks for Entering! Good Luck!
In the meantime, check out our latest stories here