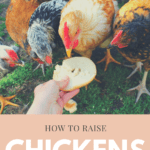 Wisdom for the beginner chicken keeper

Raising chickens in your backyard brings many benefits: food, fertilizer and companionship. But it can be an overwhelming endeavor for new chicken owners. A seasoned chicken keeper and a newcomer offer some firsthand wisdom to help your chicken worries fly the coop.

Having a Hen Party

Bob Davis, a longtime chicken keeper in Raleigh, NC, who organizes the city’s annual “Tour d’Coop” of backyard chicken habitats, recommends starting off with just a few hens to get acquainted with keeping a backyard flock. “Starting with 3-4 birds enables you to get to used to the chickens. Once you get the hang of it, you can add a few chicks every few years to stagger the age of your flock and ensure that you have active egg producers at all times.”

But eggs aren’t the only product of raising chickens—don’t overlook the power of the poop! “A hen doesn’t lay an egg every day, but they poop every day,” Davis says. “That’s the real gift.”

New chicken owner Jessica Wiencek of Virginia agrees. She collects the chicken poop, which the hens produce in high volumes when they sleep, using a dust pan and scraper and puts it in her compost pile.

Birds of a Feather Flock Together

Davis has learned a lot during his more than 50 years of raising backyard chickens. He offers three key pieces of advice for new chicken owners:

Keep the water clean – Raise the water to chicken shoulder height to prevent them from scratching dirt into it. This can be as simple as placing the waterer on top of a cinder block. Change the water at least once a week, if not more often.

Keep the food dry – Place the feeder in a housing or under a cover of some kind to keep it from molding.

Keep predators away! – The last piece of advice is the most important to keep in mind. Davis explains, “A coop that includes a cover protects your flock from climbing predators. Be sure to have a dig guard as well to prevent other animals from getting in under the fencing.” Davis has seen a lot of new chicken owners lose flocks to predators such as hawks, possums and foxes, and that loss was hard for them to overcome.

Davis also recommends forgoing the chicken wire. While it’s pretty standard and less expensive than other options for wiring, it tends to rust easily after 4-5 years, and an owner might not know about a rusted spot until the coop has been compromised. Instead, Davis uses welded wire fencing with a 1” x 1” or 1” x 2” opening that you can get from an agrisupply store. “It’s more expensive, but you end up spending the same amount of money in the long run if you have to repeatedly replace chicken wire,” Davis says.

One of the biggest fallacies of raising chickens is that you need a rooster to get hens to lay eggs. This is not true, says Davis. “Roosters are only needed to fertilize eggs if you want to raise more chickens,” he says.

Roosters can actually pose a threat the hens in your flock, which Wiencek learned the hard way. She started her flock with 10 barnyard mix biddies, which meant that she wasn’t able to sex the chicks until they got older. What she ended up with was a group of three hens and seven roosters. The roosters were highly aggressive.

“The roosters fought one another a lot and even ended up hurting one of the hens because of excessive mating attempts,” explains Wiencek. “We had to administer first aid to treat the deep cuts the hen had on her back. It was surprisingly similar to human first aid—peroxide, antibiotic ointment and bandages.”

While Wiencek tried to find new homes for most of her roosters, she ended up killing and eating some of them. “This was a very difficult lesson to learn,” she says, “but I knew ending their lives humanely was the best thing to do for them. I now have a much better appreciation for where meat comes from.”

While most laying hens only produce at a high level for about three years, a healthy hen can live more than 10 years. Making a commitment to raising chickens is similar to getting a dog or cat. Most chicken raisers will tell you that companionship is the most fulfilling benefit of raising chickens.

Says Davis, “I’ve never found an animal that’s more grounding. Chickens change their people, have them thinking more about the Earth and connecting them to nature.”

So, you’ve decided to raise chickens. And you have a million questions: Do I need a warmer in the winter? Where can I find the best coop for my chickens? How many eggs should my hens be laying a week? Is that color shell normal?

For the new chicken keeper, Bob Davis recommends finding others raising backyard chickens in your area. “I was lucky that I found a mentor early on who helped me navigate some of the unknowns I had about keeping chickens,” admits Davis.

In addition to other chicken owners, Jessica Wiencek recommends checking out a few books and websites. “I find a lot of great information on backyardchickens.com,” she says. Her book recommendations include Fresh Food from Small Spaces by RJ Ruppenthal and Country Wisdom & Know How from the editors of Storeybrook. 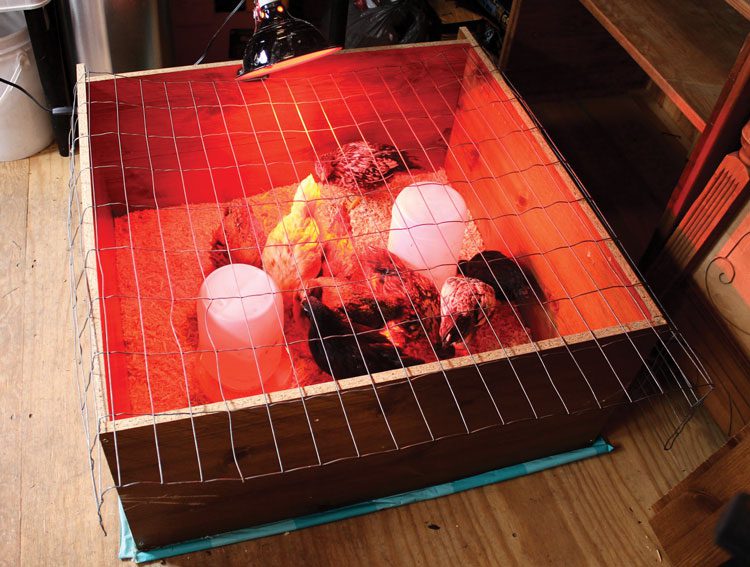 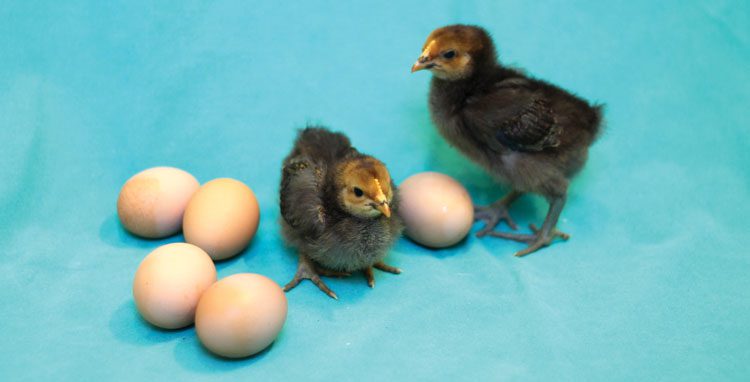 How To Ease Into Homesteading 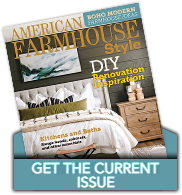